The BTA or STS self-piloting drilling process for larger holes is able to create bores from Ø18mm up to 100 or more times length-to-diameter ratios. Through Mollart Engineering and its tooling partner Botek, Germany’s world-leader in deep hole drilling systems and tooling, the Chessington, Surrey, based deep hole drilling specialist will provide application engineering support involving drill heads up to Ø1,000mm.

Due to the different tool head types, each providing a more effective deep hole production solution over conventional drilling and boring, they need to be configured and applied to optimise results. In order to provide this level of support, Mollart Engineering has created its BTA Application Centre based in Chessington with two ‘local’ regional specialists in the Midlands and North of England to also provide direct support to customers in Scotland.  The new centre is also able to draw upon Mollart’s international expertise in advanced deep hole machine tool development and build, tooling and sub-contract manufacture.

Due to its configuration and hole size capability, BTA drilling requires more power than gundrilling. Both drill from solid using high pressure coolant to directly lubricate the cutting zone and importantly, efficiently evacuate chips away from the head of the drill.

There is a marked difference in the design of a gundrill and BTA tool.  Gundrilling uses a solid carbide tool head brazed to a tube through which coolant is pumped under pressure to the cutting edge of the tool head.  Chips are evacuated via a deep vee shaped flute in the drill head which extends back along the exterior of the tube between the drill and the drilled portion of the workpiece.

The BTA system has a rigid drill head secured to a support and feed tube with either brazed carbide or indexable inserts where coolant is pumped under pressure to the cutting edge between the outside of the tube, the cutting head and the newly created bore in the workpiece material. This pressure forces the chips to be efficiently flushed back through the drill head, tube and machine spindle for collection.  In both BTA and gundrill systems, guide pads in the drill head support the cutting action enabling continuous feed rates to be applied to achieve straight, round and accurately sized holes with high degrees of surface finish.

As chips are evacuated through the internal bore of the BTA drill head and tube, fluting or grooving is not required which enables a greater cross-section of tool that increases rigidity and hence stability under cutting conditions with the ability to maintain geometry and performance over extended hole depths.

Pull-boring is a BTA-based process used to accurately enlarge existing through bores to maintain, for instance, a constant wall thickness, tolerance or surface finish.  The process uses a tensioned BTA boring head but with the wear pads set ahead of the cutting inserts in order that the cutting tool can be drawn or pulled-back through the workpiece.

Counter boring is a very effective operational use of the BTA process to open up existing pre-bored holes where the BTA drill head can achieve a more precise diameter or concentricity of a bore or provide an additional feature such as a bearing or oil seal diameter.

While gundrilling can be used for creation of micro bores as small as Ø0.5mm, BTA holes start at Ø18mm due to the size required for the drill tube but it’s design criteria is able to create bore lengths in excess of 100 times depth-to-diameter ratio.  In addition, the use of a trepanning style head extends the BTA concept to machine bore diameters up to Ø1,000mm.  However, while the trepanning operation creates chips from the cutting action it also produces a central core of material which can be used for further production and is especially economic on high value materials.

BTA drill heads comprise a series of supporting guide pads and can be fitted either with brazed carbide inserts that can be re-ground or carry a series of carbide indexable inserts which enable greater efficiency due to the multiple cutting surfaces.  The drill head is larger than the tube and is screwed into the end of the rigid drill tube.  This construction of the tool means it is ideal for difficult materials such as exotic alloy steels and stainless steels and is able to support and maintain drill penetration rates several times faster than more conventional drill types.

As a result, the BTA system has been widely adopted by the oil and gas, nuclear and defence sectors as well as general engineering.  Indeed, with certain of these sectors having demanding components such as premium precision tube for use in hostile or extreme environments, BTA drilling is the chosen process to create the standard of bores demanded.

Recent applications at Mollart Engineering involving the BTA drilling process was  a second order from a European aerospace contractor for producing a series of deep and blind holes in a range of aircraft actuation devices.  Said Managing Director Ian Petitt: “The success in our application engineering for the first machine, won against intense world competition, put us very quickly on the shortlist for the follow-on order.”

The Mollart HD1-1500 BTA machine with 22 kW drive has a capacity from Ø18mm to Ø50mm by 1,500mm depth.  It is processing a series of blind and through holes between Ø20mm and Ø47mm in 15-5PH stainless steel bar where holes can be up to 1,200mm deep.  Geometric tolerances are within 0.2 mm for straightness, 0.05 mm TIR for concentricity and 0.025 mm for roundness with surface finish within 0.8 micro-metres.

The design of Acubore machine incorporates the flexibility to drill both on-centre-line as well as off-centre using either or combinations of gundrills and BTA tooling.  This extends the flexibility of the process and drilling capability to suit the workpiece and the level of accuracy required.

The Acubore machine was developed by Mollart for power drilling with a 30 kW motor able to create up to 666 Nm of torque with a top speed of 5,000 revs/min. This enables the machine to accommodate both large and smaller hole sizes with the power to drill exotic materials and higher speeds for freer machining materials. 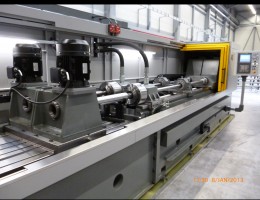 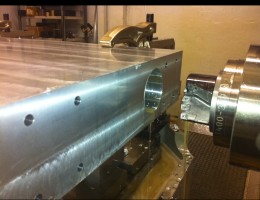 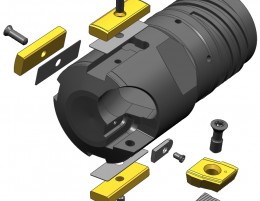 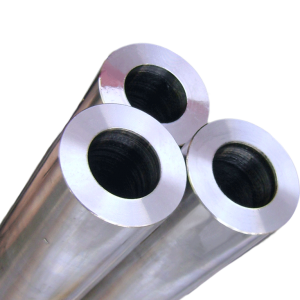 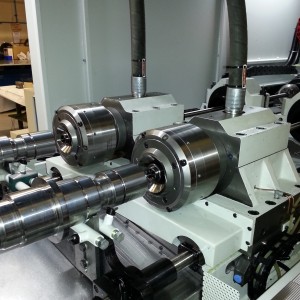 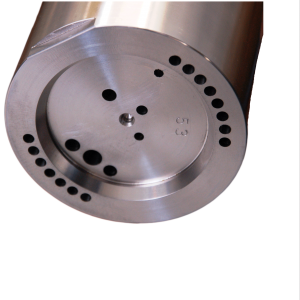 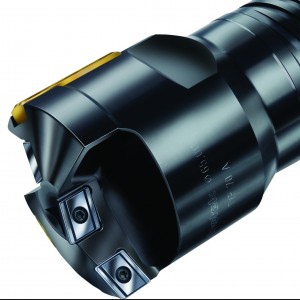 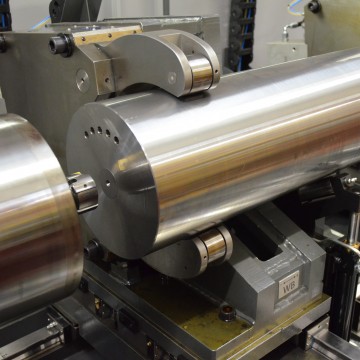 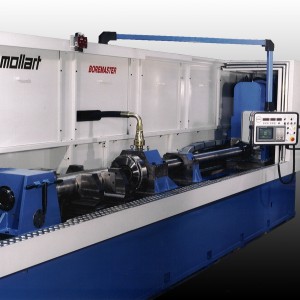 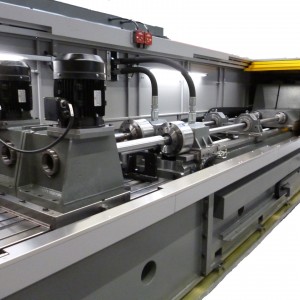 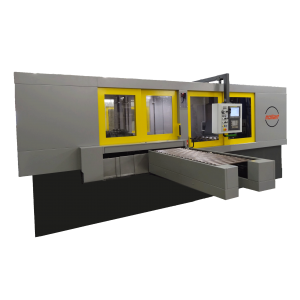 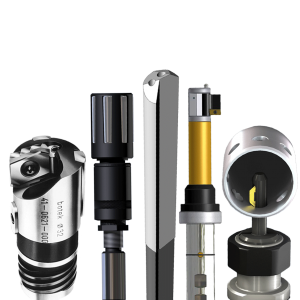 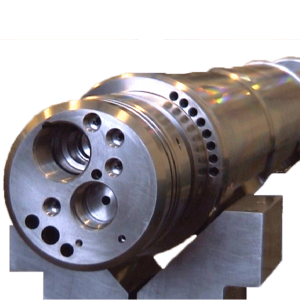