Following the MACH 2016 exhibition at the NEC, a UK based packaging company with specialist plastics bottling applications placed an order on Mollart Engineering for a Prismabore PRB25 multi-axis, two-spindle deep hole drilling and milling centre. The order was won against strong European competition with the final purchase decision made following drilling trials which led to a massive improvement in the level of prodution being achieved.

During visits to Chessington to discuss the machine the customer became aware of demonstrations being run on a Drillsprint LD2-750 two-spindle gundrill. Then following trials and the machine's capability to accommodate tight concentricity tolerances, the Drillsprint was also ordered.

The machines are being used to produce moulds for plastic bottles requiring a heavier wall section, incorporating pre-formed cores with accurate and uniform positioning of cooling holes within thin wall section areas of the moulds. Hole sizes are between Ø3.3mm and Ø22mm diameter by up to 400mm deep. 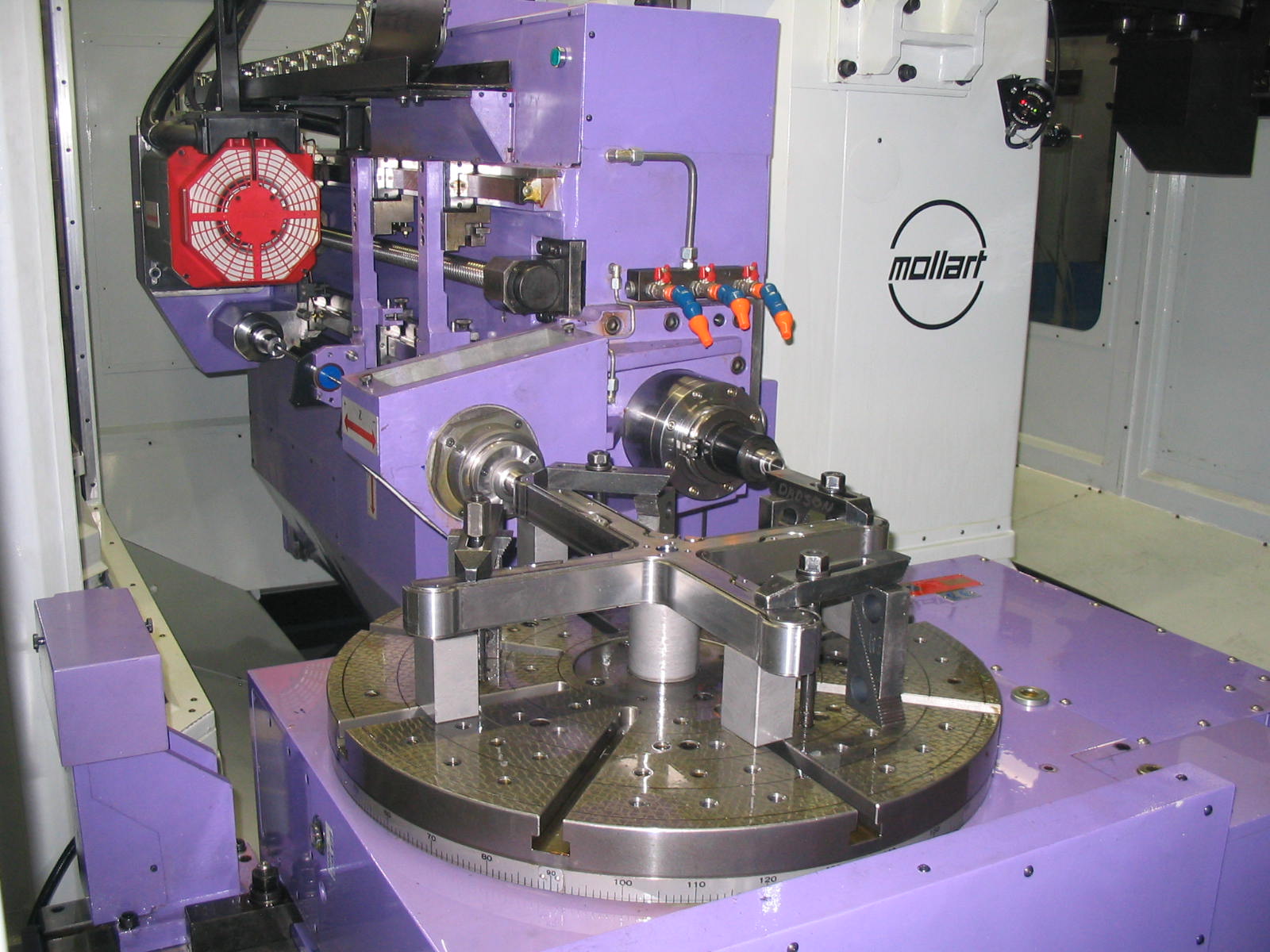