A recent export order won by Mollart Engineering for a four-spindle Omnisprint deep hole drilling machine has enabled a bottle moulding company in Mexico to increase its penetration rates in cast iron moulds by 500 per cent when drilling cooling holes in a series of bottle moulds.  Such has been the success of the operation, that the customer has now ordered a second machine.

Said Managing Director Ian Petitt: “The enquiry initially came from the IMTS exhibition in Chicago last year with the order won because Mollart’s application team was able to double existing drill penetration rates the company had been using.”

Once the machine was built, Mollart’s application team then carried out further process development for the customer in conjunction with specialist tooling partner Botek. As a result, the penetration rates of the drills were increased from two to five times the original method used by the moulding company.

The series of cooling holes range in diameter between 4 mm and 9 mm by 400 mm deep in each mould.  These are now drilled at 600 mm/min feed rate.  Added Mr Petitt: “Even at these enhanced penetration rates, our developed process is holding the straightness of holes within 0.2 mm which is critical in the mould as certain holes are very close to outer surfaces and other features in the moulds.”

The knee-type Omnisprint deep hole drilling machine range has off-centre hole drilling capability with a drilling range between 2 mm and 22 mm diameter and up to 1,000 mm in depth.  Its flexible module design means it is available in 1, 2, 4 or 6-spindle versions with 3, 4 or 5-axes.

In Mexico, the new machine is drilling four moulds per cycle which further increases the productivity levels achieved.  Due to the inherent rigidity in the construction and power available, tool penetration rates and straightness of hole was able to be maintained with improved levels of tool life. 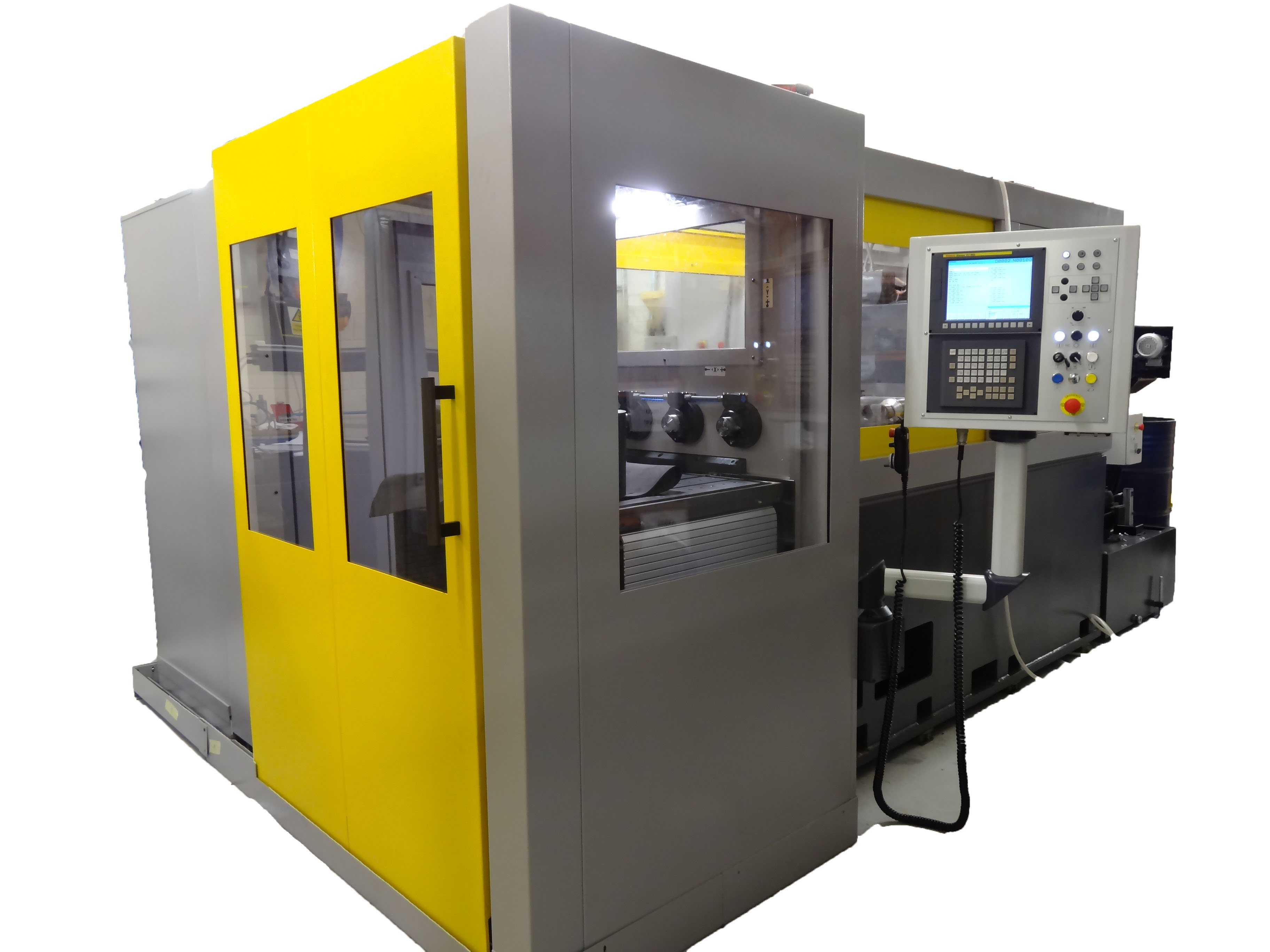